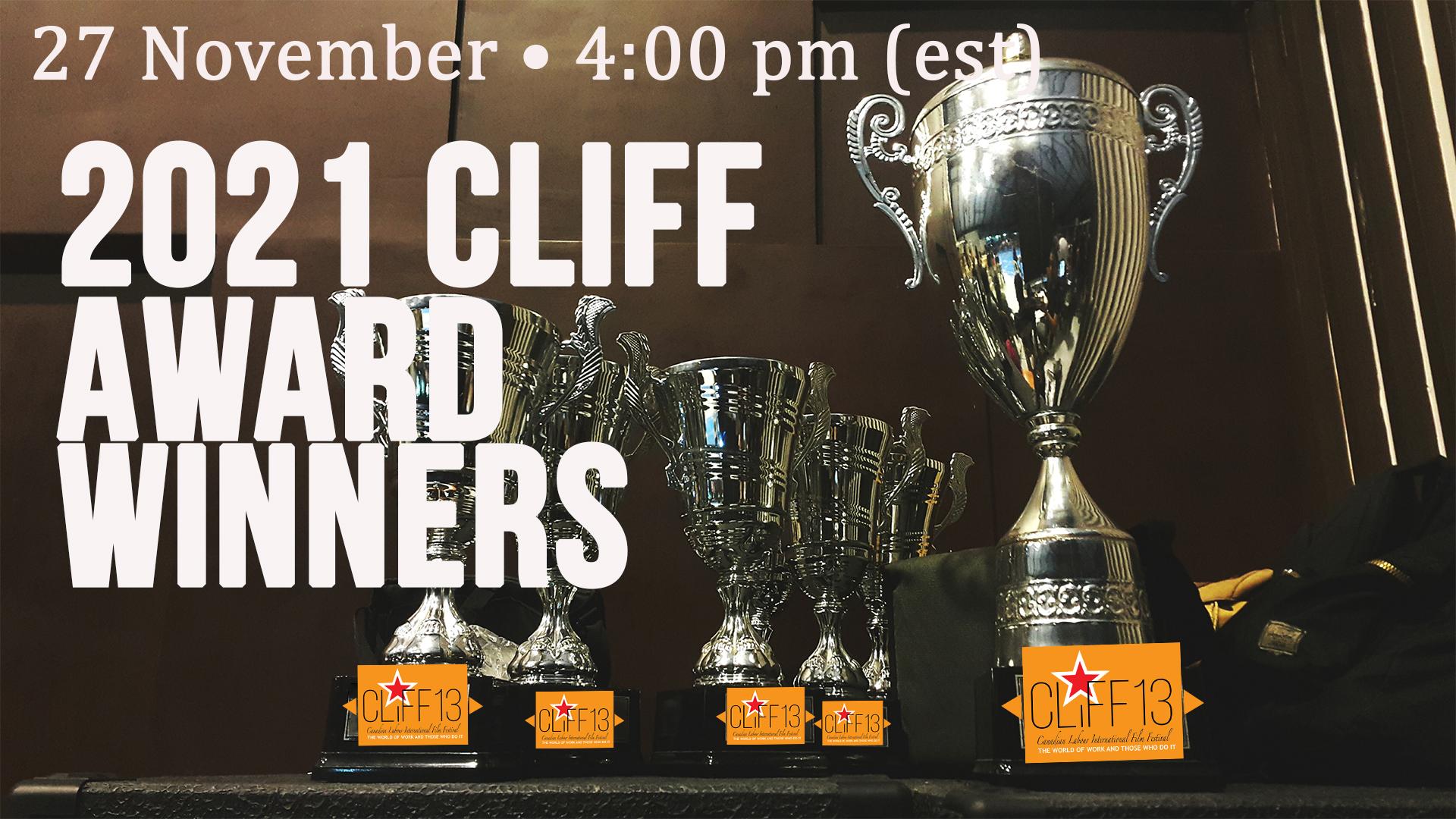 Wrapping up another extremely successful month-long virtual festival, CLiFF is delighted to announce the five films that have earned awards at the 2021 festival.

Ahead of the screening, the filmmakers behind these incredible stories will join CLiFF audiences for a roundtable discussion session via Zoom at 2PM Eastern Standard Time (UTC-5) on Saturday, November 27th.
* Join us for the Filmmakers’ Session HERE. *

From across Canada, to Australia to South Africa, CLiFF organizers are excited to celebrate these five films which tell important worker stories from around the globe.

Whether it’s celebrating union history going back decades, or highlighting untold worker stories  from the ongoing pandemic, this year’s award winning films cover a range of themes, while celebrating the power of collective action.

For more information about the remaining festival events, head to: watch.eventive.org/cliff2021

For more information or to arrange interviews, please contact:

The Best Canadian Film award recognizes the Canadian film which best meets CLiFF’s purpose of telling stories of workers, unionized and non-unionized, thorough film by sharing the voice of those who seek justice on the job and dignity in the workplace. This year’s award was voted on by Canadian festival attendees.

The Miguel Cifuentes Radical Change Award was created in memory of CLiFF’s late board member and a longtime labour activist, Miguel Cifuentes, who passed away in 2014. The award goes to the film that best reflects his passion for social justice and commitment to social change and is chosen by his family.

The LabourStart Award for Working Class Solidarity recognizes the festival film that speaks the most to building worker-to-worker global solidarity. This award is funded by LabourStart and the recipient is voted on by the global executive of LabourStart. The award includes a $100 CAD prize.

The Beating Heart Award recognizes a filmmaker from an equity-seeking group to help support these important voices in film. Women, non-binary, LGBTQ, persons of colour or Indigenous filmmakers are eligible for this award. The recipient is voted on by CLiFF Board members and the award includes a $100.00 CAD prize.

The CLiFF Best-in-Festival Award is the film judged by CLiFF Board members to be the best in the festival.

"Film can immerse you, put you there."